Astonishing story 'no one could make up' explains radical president

When a biographer sets out to understand a president, he naturally begins with mentors, the people who helped shape his character, career and worldview, notes author Paul Kengor.
But when it comes to explaining Barack Obama, the establishment media has shown virtually no interest in delving into the life of the man the president himself held up as a guiding and affirming voice at every major point in his life.
Kengor thinks the fact media “want to avoid Frank Marshall Davis like the plague” has something to do with the late mentor’s party affiliation.
“Never before in the history of the United States of America has a president had a mentor who is a literal card-carrying member of the Communist Party,” Kengor told WND in an interview. “That is remarkable.”
Set for release today, Kengor’s “The Communist: Frank Marshall Davis: The Untold Story of Barack Obama’s Mentor” is the first in-depth treatment of the man Obama refers to only as “Frank” in his autobiography “Dreams from My Father.”
“It’s just scandalous,” Kengor told WND, “that we could be four years into the Obama presidency, and only now are we getting a book on the beliefs and thinking and radical past of that mentor.”
If you want to hear Davis in Obama’s rhetoric and ideas, you can begin with Obama’s vow on the eve of his historic election to bring “fundamental change” to the U.S. – the exact term Davis used to describe a communist revolution in the U.S.
Kengor pointed out that when Davis launched the communist Chicago Star newspaper in 1946 he called for a “new Declaration of Independence” in his first column. Davis wrote that history teaches, alluding to the Marxist dialectic, that “any fundamental change advancing society is spearheaded by strong radicals.”
“It’s mindboggling,” Kengor said of Obama’s use of Davis’s language. “You can’t make this stuff up.”
Get Paul Kengor’s “The Communist: Frank Marshall Davis: The Untold Story of Barack Obama’s Mentor” from WND’s Superstore
Kengor noted Obama never once gives Davis’s full name in “Dreams,” a “clear indication that he knows how radical Frank was.”
“That was also an indication to his sycophants on the left to also stay away from Frank Marshall Davis,” said Kengor, a professor at Grove City College in Pennsylvania whose scholarship has focused on the Cold War and the communist movement in the U.S.
Davis’s communist activities in Chicago put him on the radar of the FBI and Congress in the 1940s and 1950s before he moved to Hawaii in the 1960s and began frequently receiving Obama in his Honolulu home in the 1970s. 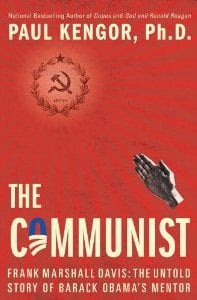 Obama, who uses Frank’s name 22 times in “Dreams” and refers to him with pronouns in many other instances, describes him in his autobiography as a father figure, with a permanent influence on his life, whose counsel helped him navigate his teen years and guide him into his adulthood.
Kengor declined to speculate on the theory posed by Joel Gilbert’s documentary, “Dreams from My Real Father,” that Davis was Obama’s biological father, preferring to stay within his area of expertise.
“I’m a Cold War historian. I’m going to stick with what I know,” he explained. “I wanted to keep the book focused on evidence I have at my hands – evidence-based conclusions – so I left the personal stuff out of it.”
Kengor’s previous books include “Dupes: How America’s Adversaries Have Manipulated Progressives for a Century” and “The Crusader: Ronald Reagan and the Fall of Communism.”
In his research for “The Communist,” Kengor combed through declassified FBI files, Soviet archives and Davis’s original newspaper columns to document the black Communist Party activist’s support of Mao’s China and Stalin’s U.S.S.R. He shows how Davis’s ideas have turned up in Obama’s policies, including wealth redistribution, government stimulus for “public works projects,” taxpayer-funding of universal health care and nationalizing General Motors.
Kengor notes that like Obama, Davis railed against the “tentacles of big business,” skewered Wall Street and “greedy” millionaires, lambasted Republican tax cuts that “spare the rich,” attacked “excess profits” and oil companies, and regarded the Catholic Church as an obstacle to his vision for the state.
Kengor thinks the relationship with Davis might be behind Obama’s decision to send the bust of Churchill given to the U.S. as a gift after the 9/11 attacks back to Britain.
In his lifetime of teaching about the Cold War, he said, he’s encountered only two people who didn’t like Churchill: Frank Marshall Davis and Barack Obama.
“What kind of a coincidence is that?” he asked.
“I mean, Churchill is America’s man of the century, let alone Britain’s man of the century,” Kengor said. “And then I found out Frank Marshall Davis despised Churchill.”
Raising the specter
Despite Davis’s prominent role in Obama’s life, liberals in general and even many conservatives have ignored him or obscured or downplayed his Communist Party activism, Kengor said.

Frank Marshall Davis
He told WND that Davis, who lived from 1905 to 1987, must be “laughing from his grave” watching the likes of Washington Post reporter Dana Milbank and Obama biographers David Remnick and David Maraniss portray Davis “as this innocent, benign, civil-rights crusading progressive who was hounded by Joe McCarthy, when in fact that was totally Davis’s ruse.”
For the record, Sen. McCarthy never went after Davis. It was the Democrat-run House Committee on Un-American Activities that first drew attention to Davis’s communist activities in a 1944 report, and Davis was called to testify before the Democrat-run Senate Judiciary Committee.
Like communists and their sympathizers throughout the 20th century, Kengor explained, many on the left today display a virulent disdain for anti-communists that causes many in the conservative establishment to back off on examinations of people like Davis.
“For liberals, there is nothing that seems to anger them more than anti-communism,” he said. “It’s not that liberals are pro-communist, even though liberals do share certain sympathies with communists on certain things, but liberals absolutely detest anti-communists.
The harsh attacks, he said, went all the way back to Alexander Mitchell Palmer, President Woodrow Wilson’s anti-communist attorney general.
“So any conservative who comes along and raises the specter of Obama’s communist past, or his past associations, liberals just come at him full force, with howitzers, hand grenades – everything – all cannons firing,” Kengor said.
Chicago family
Kengor found a remarkable lineage between the Chicago political family in which Davis arose in the 1940s and the Chicago political family in the White House at the moment. 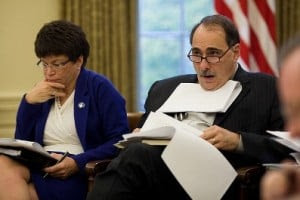 Senior Obama advisers Valerie Jarrett and David Axelrod (White House photo)
Obama’s most-trusted aide, Valerie Jarrett – the president describes her as “like a sibling to me” – is the daughter-in-law of Vernon Jarrett, who worked as a communist activist with Davis in the 1940s.
Valerie Jarrett is also the granddaughter of Robert R. Taylor, who was head of the infamous Chicago Housing Authority and cited in a 1944 report by the Special Committee on Un-American Activities.
Obama’s top campaign adviser and the chief crafter of his image and life narrative, David Axelrod, was mentored in his journalism career by David Cantor, a lifelong communist and alleged “paid Soviet agent” who was educated in Stalin’s Soviet Union, and Don Rose, a member of suspected communist front organizations.
David Cantor’s father, Harry Jacob Carter, was secretary of the Boston Communist Party.
Axelrod’s mother worked for a magazine known for its communist leanings.
“Imagine me sitting in a room by myself flipping through old congressional reports from the 1940s and 1950s and going through microfiche of Soviet Comintern archives of Communist Party USA and seeing all these names on the same letterhead with Frank Marshall Davis in Chicago,” Kengor told WND.
“You just sit there and you shake your head, and you say, ‘Oh man, can this possibly be true?’”
Kengor said the only thing that kept him going in the research “without losing my mind and jumping off a cliff was knowing I was going to be reporting this and that others would see it.” 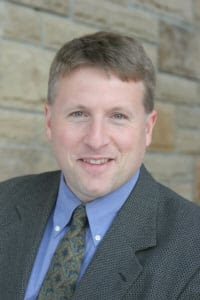 Paul Kengor
“There were times I was sick to my stomach,” he said. “What has happened here? Do the American people know what they elected in November 2008?”
Kengor said Americans ultimately elected the culmination of Chicago’s communist past in the 1930s, 40s and 50s.
He noted that when Obama decided to become a community organizer in Chicago he thought of Davis.
“At each of these mile markers, from Hawaii to Chicago to Washington,” Kengor said, Obama recalled in “Dreams” that he “would get at one of these places, his feet would hit the ground, and he would stop and pause and literally visualize Frank.”
So is Obama a communist?
Kengor says Obama is clearly “on the far left,” and there’s strong evidence he was a communist when he was a student at Occidental.
“I could easily in a court of law prove that Frank Marshall Davis was a communist,” he said. “Now, with someone like Obama, I don’t have a Communist Party card number. I don’t have that kind of evidence.”
But Kengor writes in his book that he finds no evidence of an Obama “conversion experience” after his communist college days, and he pointed out to WND that Obama was ranked by the National Journal as the most liberal senator before he entered the Oval Office.
“That’s to the left of Barbara Boxer, Ted Kennedy and Hillary Clinton,” he said. “You can’t get more left than that.”
Posted by MtMotorStables at 10:48 PM