Many months ago I built a few differnet Hula Hoop based receive antennas and was pleased with the results.  I decided to build another one for a friend and will try to document the build in this post.When I built the first one I built I also built a pre amp but have decided to use just the loop (passive design) for the last two I made. Here is a link for the design of the first one I built. This is the one I use on my SDRPlay.
For the passive design I bought the hula hoop (the adult model which is 36 inches in diameter) from the local Wal-Mart for $6.34.
Be carful when choosing a hula hoop as some of them have lights in them and cost much more. The cheaper the better.Once you have the loop, separate it at the seam. Once separated pull the loop apart and dump the water or sand out of it. I usually give it a few days to dry out which is easy in the dry climate of Colorado.
Do not throw away the plastic part that joins to two halfs together. You will use this to figure out which FSC box will work. I found the perfect one from the local Big R along with two pieces to join the half of the loop to the FSC box. You should be able to find this at any hardware or home improvement store. I also picked up a cover for the FSC box. Total cost was $10.06.

Taking the foil off this hula hoop one proved to be more of a task than other ones we picked up. It was a lot more effort than I was prepared to give in one setting it so I attacked it a bit at a time. In the mean time and since the weather was cold and snowing I prepped the box for the coax connector.

I found a coax connector in my junk box as I have used a lot of these over the years for various projects. They should be fairly easy to find and if you don't have one I am sure a local ham would be able to help out.

Prepping the box for the coax connector is straight forward, just drill a hole and mount it. I had to use a file to get it to fit all the way but it is done.

I think you can get away without using these plastic inserts but they just make it easier because once you have this all together the loop should stay the way you want it. I do add glue to these inserts to help and also use a screw in both ends to ensure no movement.

In this picture I put the ends into the loop however, it is better to run the wire in the hoop first as it will get caught on these things later and prove to be difficult. 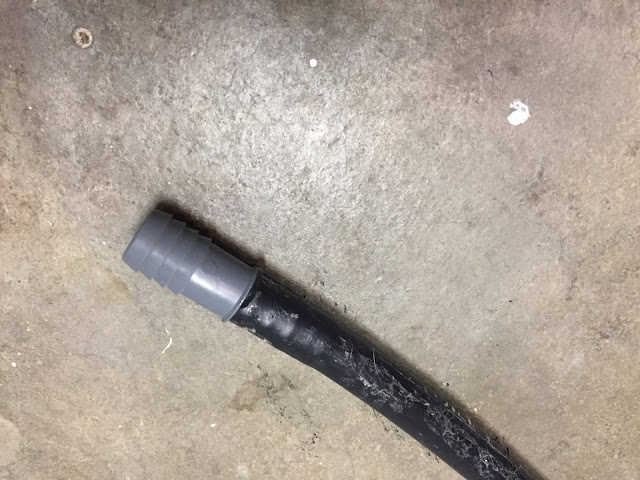 I found some left over wire from when I built the UHF and VHF Egg Beater antennas and used that wire (about 10 gauge I think) as the inner part of the loop. You can use just about anything to include old coax. 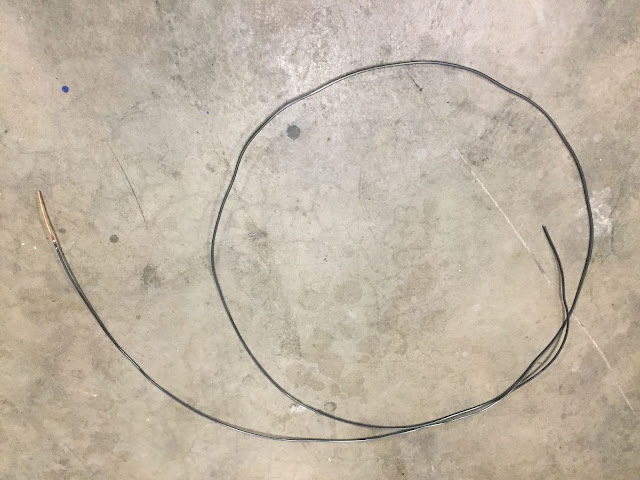 In the next step I ran the wire through the loop then soldered it to the coax connector in the box. After this you just button the box up mount the antenna, hook up a coax and radio and your ready to start listening. Just for added stability I use a couple of screws through the plastic connector to make sure the loop stays upright if mounted from the box.

You can find pre-amps for this antenna design on eBay and other places. I have built one off a design from the "Old Tech Guy" on youtube (a W7IUV design) and it works great with my SDR using the bias T off of the SDRPlay. I also built a pre-amp that I found on eBay and it works very well however, I really do not use it much for my other recievers.

This design, with no pre-amp, is what I use for the Kenwood R-2000 and the R-388 which work well with this antenna and it is just hanging from a plant hook under the roof of my deck. I have compared this to my receive only LNR End-Fed and think it is comparable in performance. Both are up about the same height (15 feet).

This is not a great antenna for pulling in the weak DX but it is great for general Shortwave Listening (SWL) which is what I use it for. Do not use this antenna for transmitting. It is just a compromise receive antenna. Rather than using a coax switch to connect one antenna to several receivers I would rather have each receiver on their own antenna and these work well due to the low profile and ease of placement.