Viki M6BWA, Rod M0JLA and John MW0XOT would be out today so there would be winter bonus points and a chance of s2s points. I chose my mountain carefully as it was within easy VHF range of the others and not far from The Begwns GW/MW-025 which would also be well placed.  My journey to the summit was impeded by a road traffic accident but luckily I had started out early.  I opted for the parking spot above the Gospel Pass … short stiff climb and I would soon be on the plateau which leads to the AZ of Black Mountain in about 3.68km (2.2 miles). 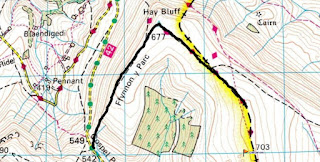 My route today from Gospel Pass..3.68km to AZ 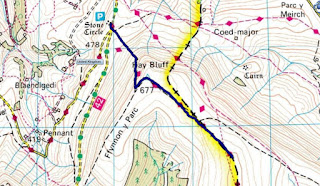 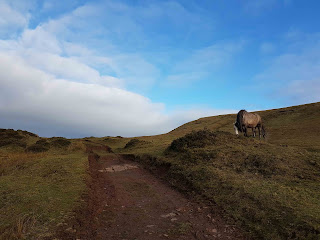 One of the residents..just by the parking spot 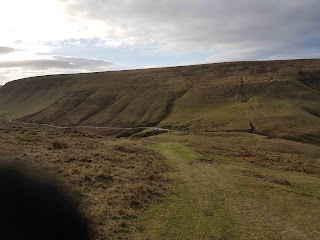 Well on my way now..car below 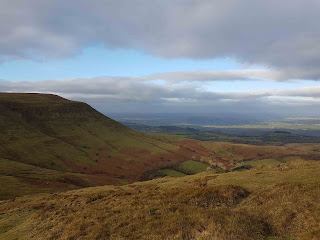 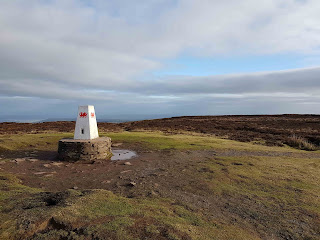 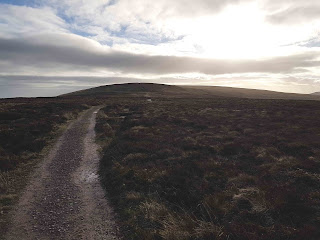 A few more Km to the AZ

I hadn’t remembered that the phone signal was iffy here the last time so once again I resorted to calling out on 145.500 in the hope of getting a response. Graham from Redditch answered immediately followed by Ben near Hereford. After chatting to Ben and then calling QRZ a strong 5/9 s2s signal appeared in the form of John from Mynydd Troed ....in the log .. thanks John. It was only a matter of minutes before I had qualified the summit with a call from Peter near Llanelli and that was it.  Quick scan of 2m and I heard Viki announcing a QSY to 70cms…I duly followed…had a listen whilst she finished her qso then called in for a contact on 70cms then back to 2m…thanks Viki 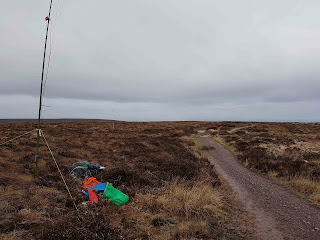 I set up on the GW (Welsh) side of the path

I had a dilemma of remaining seated or getting up and searching for a phone signal … I chose the lazy option by going to 60m and searching for Rod who I guessed would be on 5.3715….another s2s in the log and I announced a QSY with Rod’s permission to 5.395.  This frequency was in use so up to a quiet 5.3985…it’s just brilliant how chasers read your mind because as I asked “Is this frequency in use” back comes Don G0RQL with “What took you so long”… thanks Don.  I already had a pile-up and with Don’s spot on Sotawatch and I was kept busy for a while…thanks everyone. 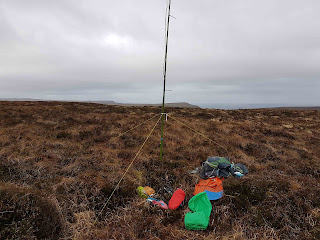 Lord Herford's Knob and Waun Fach to the far left

This time I had arranged with Don for a frequency for 80m and it was great to get some different callsigns on this band although it did go go quiet rather quickly.

I had a choice of eating my sandwiches and having a coffee or moving on. I certainly didn’t want to be late for my second summit and as it was about 2deg C with a cold wind from the North I decided to have lunch on The Begwns which has plenty of protection from the elements. 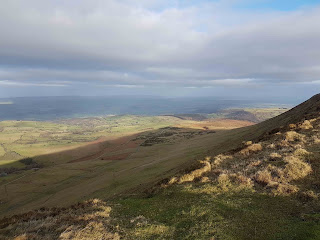 Below, the other car park  that I used last year

Thanks everyone for the contacts
Posted by MtMotorStables at 12:07 PM