From Historynet: Today in History January 21

1189          Philip Augustus ,
Henry II of England  and
Frederick Barbarossa  assemble the troops for the Third Crusade.

1648          In Maryland, the first woman lawyer in the colonies,
Margaret Brent , is denied a vote in the Maryland Assembly.

1790          Joseph Guillotine  proposes a new, more humane method of execution: a machine designed to cut off the condemned person's head as painlessly as possible.

1910          Japan rejects the American proposal to neutralize ownership of the Manchurian Railway.

1933          The League of Nations rejects Japanese terms for settlement with China.

1942          In North Africa,
German Field Marshal Erwin Rommel  launches a drive to push the British eastward. While the British benefited from radio-intercept-derived Ultra information, the Germans enjoyed an even speedier intelligence source.

1943          A Nazi daylight air raid kills 34 in a London school. When the anticipated invasion of Britain failed to materialize in 1940, Londoners relaxed, but soon they faced a frightening new threat. 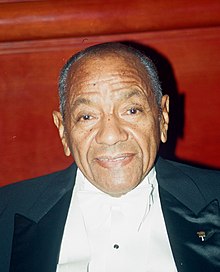 is named the director of the United States Information Agency (USIA).

1968          In Vietnam, the Siege of Khe Sanh begins as North Vietnamese units surround U.S. Marines based on the hilltop headquarters.

1974          The U.S. Supreme Court decides that pregnant teachers can no longer be forced to take long leaves of absence.

1993          Congressman Mike Espy  of Mississippi is confirmed as Secretary of the Department of Agriculture.

Posted by MtMotorStables at 6:51 PM